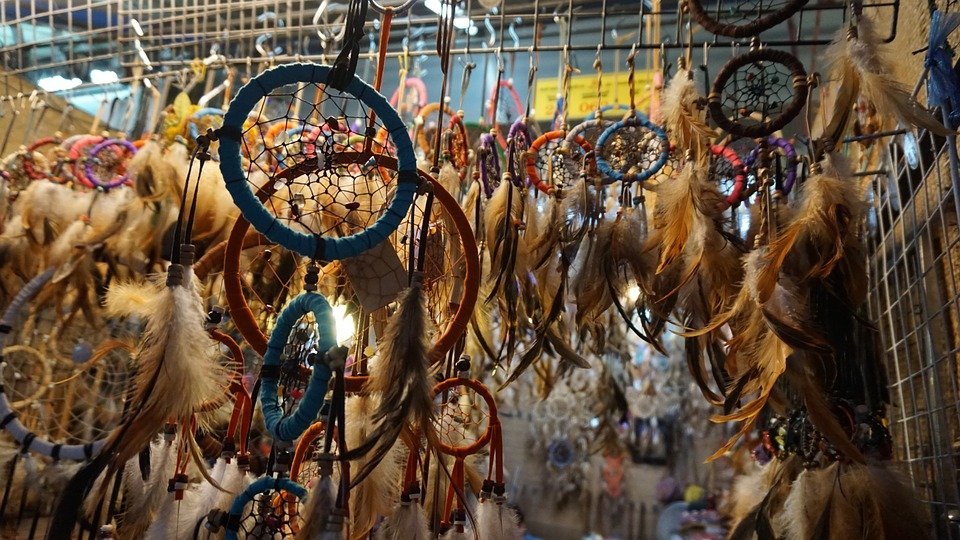 ​In another life, Chris saw himself running with the buffalo.  His moccasin covered feet kicked up the dry dirt of the rain-starved land, tracing the ancient path of the herds that use to roam here.  While the smell of sweet-grass and sage flooded his nostrils as he crested the small hill before reaching the plains that spread out before him.

The last five miles had been the hardest for Chris, but now he could no longer feel the aches and pains of his body, or the straining of his muscles taunt against his skin.  Perspiration fell in beaded rivulets from his face and down his chest; releasing the impurities through his skin.  Spirit, mind, and body were becoming one a process that had begun in the ‘Inipi,’ceremonial sweat-house.

He finally stopped to rest at the base of Shining Rock leaning over to rest his hands on his knees while his lungs sucked in the chilly air between clenched teeth.  The Sun’s rays had not yet touched the pointed Rocks that loomed before him.  He wanted to be in place before the first fingers of light touched the rocky peaks.  He wanted to watch the Father caress Mother Earth’s body with the warm breath of early summer.

“Mother yearns for the touch of Father on her body,” He heard his Grandfather sing.

Climbing up as far as he could he sat between two rocks hoping to warm himself from the lingering night chill clinging to his damp skin.  He had chosen this place because it reminded him of his Grandfather he had begun his vision quest here when he was just a boy.  They had come here when Chris was just fifteen to watch the sheep.

Grandfather told him about the old ways.  He sighed, that was before the ways of the world began to entice him away from his people and the land.  Chris only barely listened to what Grandfather had told him that day because he was in a hurry to meet his friends and see what new treasures they had brought back from town.  A bottle of wine maybe some cigarettes, or a little weed.

“There is no going back!” he heard his Grandfather whisper on the wind.

He had wasted many years in the world, but now this would be the beginning of his quest, his purpose, the meaning of his life, and the journey to self-discovery.  His time in prison had taken that away from him, instead of a name they gave him a number, instead of plains to run across there were bricks to wash.  No that is not true, he said to himself.  I went willingly, I gave it away.

Chris smiled and wondered.  What would she say to him now?  Too much time had gone by and he had been ashamed of all he had said and done when he left this precious world and sold his soul to the cities that surrounded the reservation.  What were his last words to her?  He did not remember.  The song meant nothing now.

The bread still warm from his mother’s stove.  Honey smeared on top and the smell of wild clover enticed him making his mouth water in anticipation.  He bit into the crispy flour and chewed slowly, savoring each morsel as he swallowed, feeling it slide down his throat.  Taking a drink of water only after the taste had long disappeared.

Chris exhaled noisily and leaned back against the rock while wishing all his days were like this one.  The kind you didn’t appreciate when you are young.  Looking out over the plains below he watched the high grass sway in the wind as first light touched the long blades making them look golden.

For a moment, he felt his resolve begin to falter.  Why was he doing this now?  It wouldn’t bring her back.  He and Grandfather would never fish again together and he would probably not win the trust of his family.  Stop, he chided himself, there were no deals to make anymore he had let his dreams fall through the torn hole in the web of his boyhood Dream Catcher.

He heard his Grandfather say, “Look to your future!”

He leaned back and smiled to himself.  I can’t give up now, he thought.  No more will I sell myself, or try to serve the ways of two worlds.  I will choose what is right and walk the path of honor.

He took out the willow twigs, beads, and deer sinews laying them in front of him on the ground.  Then he began to weave the string of his new Dream Catcher through the twigs while he waited for his vision quest to appear showing him the way to another life.

…Good dreams slip through the web and into the sleeper during the night…bad dreams become caught in the web and are perished by morning light.