Black Lives and my White Privilege: Lessons from Childhood by Kenneth Weene 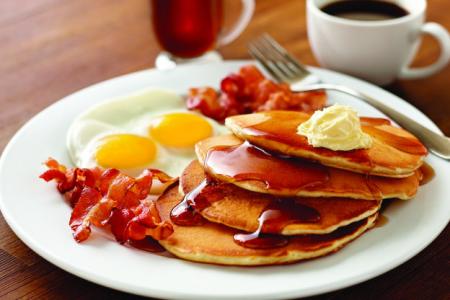 had never experienced love before, not like this at any rate. In Latin class of all places. Declining a simple adjective, good: “Bonus, bona, bon…er. Excuse me, Miss Gibson, but I can’t—”

Wise and experienced, our heavy-set, gray-haired teacher waved me to sit. “Yes, can somebody continue for Kenneth.”

A few hands went up. I prayed that Miss Gibson wouldn’t pick her. “No, please not her.” More fervent, more sincere than any moment of Hebrew ecstasy I had seen our Rabbi and cantor muster in synagogue.

That wisest of teachers had taken in not only my protuberant tumescent predicament but also the line of my sight—no not sight, for I was blinded by desire—the line of my adoration.

I sat in rapture for the remainder of the class. Each movement, no matter how small, of her perfect head, each gesture of her graceful hands, each hunch of her so well-shaped shoulders and the sudden immediacy of yearning readied itself to ejaculate a spasm of want. Yep, it was true love.

Thankfully, Marylyn, the double-y’ed and budding A-cup of my yearnings, was oblivious. A row to my right and three seats forward, she had not turned around. Such was the decorum of classrooms in those distant days. Or, at least it was my hope and my wish that she didn’t know the nature of my feelings.

But, those feelings were there. Boy were they there. That they were normal was something I had no way of knowing. In our home, we talked about suitability of dates, but never, ever about sex or lust. There was a list of “approved” girls from the community. Given the size of our community, particularly the Jewish contingent—oh, yes, any girl would have to be Jewish even if our family’s most basic act of worship was not in shul but in the eating of bagels and lox—it was not surprising that the list had one name on it.

Janice was a nice enough girl. She danced about as well or badly as I; we shared the same ballroom dance class, the goal of which was preparation for the bar mitzvahs to come that year. Beyond the rumba and the fox trot, there was neither attraction or mutual interest.

Too bad for me. It could not be. Not then; not in a million years. Marylyn was the only “negro” girl in our school; in fact, she was the only negro in my world, period. I use the word negro because that was the word we used in those days. We used it to describe something that we did not understand and should not want to know. The word carried all the freight of a taboo and all the guilt of knowing that somehow the Yankees, of which we Bostonians were the heirs, had failed, that the Civil War had never brought a true peace.

Certainly, Marylyn allowed me no peace—not in school, not when I was supposed to be doing homework or chores, not in the hours when I might ride my bicycle or play with friends, and most especially not at night. Awake, the nights were filled with visions and fantasies. When sleep came, wet dreams tormented me, and, of course, left their morning residual of embarrassment.  In those days, love outside the prescribed bounds was not an option. For months I fantasized and I pined, but I limited myself to the acceptable fumbling words that passed muster both with the external guardians of morality and the rigid sentinel in my own head. We said hello and talked about homework and teachers. I asked if she liked home economics and she inquired after my shop classes. In physical education we were once in the same square for dancing and I actually held her hand and swung her around.

No sweet words, no kisses, no caresses.

With time my infatuation diminished. My declensions and conjugations improved. There would be no one else for me—except dance partners—not for years; and that is a different story.

Three years after my Latin engorgement, I was travelling north from Florida, back to Massachusetts from our winter vacation. There were five of us, of whom I was the youngest. We were driving along the Outer Banks of North Carolina. Harvey, the person who was driving, loved nature and had spearheaded a trip to the Everglades when we were in Miami. Now he had veered off the main route and taken us on another adventure. Those wind-blown islands of the Carolinas were his idea of heaven. For the rest of us, it seemed like the middle of nowhere. Especially that morning, when we had driven miles without breakfast.

“There’s bound to be a town with a restaurant,” Harvey assured us. But there had not been and young men need their breakfasts.

Finally, we reached a hard-luck town of grayed buildings that tilted from the endless ocean winds. The existence of even a hole-in-the-wall eatery seemed unlikely. Nobody in that hard luck hamlet could possibly afford the luxury of restaurant meals. We grumbled and our stomachs rumbled with matching discontent.

We were, however, wrong. There it was. As ramshackle and wind-tilted as the other buildings in town. Just another cottage like all the others, but this one put to a different purpose.  A small wooden sign in the front window was the only announcement of that purpose. One of the guys had spotted it and called out, “Hey, look at that.”

We climbed the rotting steps and gingerly found nervous footing on the porch that wrapped around three sides of the small building. Al touched one of the rocking chairs that lined the porch and set it in motion. The creaking of the chair could have been a ghost piercing the silence of the vail between worlds.

Harvey knocked on the screen door before opening it. Then again on the glass-paned door. We stood in the doorway and called, “Hello.”

A woman of certain years dressed in clean but worn clothes came from the kitchen. “Cans I help you, boys?” she drawled.

“We were wondering about breakfast,” Harvey said.

“Well, ya-all sits yourselves down and we’ll see ‘bout feedin’ you.”

“What do you have?” Larry, my older brother, asked.

“Well, I’se reckon I can make some eggs and some pancakes. Got some bacon and sausage. Coffee course. Some juice. Toast. I’ll come up with sompen.”

Before we could order, she disappeared. In a few minutes she brought coffeecake, orange juice, and coffee. The cake was sweet, buttery, topped with raspberry and sugar, and gone in a wink.

I said something about the menu and the prices to Harvey. In those days I was frugal unless my dad was there to pay the bill, and he was back in Florida, enjoying the rest of his sabbatical year.   Harvey shrugged. “I guess she’s got a standard price.”

The woman marched back and forth with platters of fried eggs over easy. Breakfast meats. Pancakes that needed butter and syrup to keep them from floating off the plate. Toasted, fresh-baked white bread. More of that delicious coffeecake. “I was gonna make me a batch of donuts, but I had ta hunt up them eggs.” She gestured towards one side of the building. From the window I could see her coop.

The tastes, the smells, even the touch of that breakfast was heaven put on a plate and served to five young men who had hoped for far less.

“What a shame,” Al observed; “this place should be full and we’re the only ones in here. How can she survive on occasional tourists?”

I wondered just how long and busy the tourist season could be perched there at the end of the world.

We settled the bill. A dollar fifty each. Ridiculously cheap.

We scraped back our chairs, left a couple of bucks extra on the checkered oilcloth covered table, and headed for the door. As we opened the screen door, we saw that every one of those rocking chairs was now occupied. There were more people sitting on the porch railing, even a couple on the rotting steps.

“You gentlemen have a good breakfast?” a man asked. His broad smile revealed gaps were teeth ought to have been. His shirt had been patched and patched again. His shoes were scuffed from years of work and his overalls bore stains and other areas that had been bleached of color. Nobody—man or woman—on that porch looked like they had two dollars to rub together.   The other thing they all had in common was their complexions, all as dark and as worn as a stand of trees, as black as the woman who had prepared our feast.

As we drove out of town, we talked about what had happened. “Were they waiting for us to leave?” Steve mused.

The thought hadn’t occurred to me. Now that it did, it disturbed me terribly. It was their town, their restaurant, their breakfasts, but they hadn’t come in and taken their places—not until the white men had left.

In recent weeks there has a national discussion—or perhaps it is more a national argument—about ideas like “white privilege” and “black lives matter.” In my head, I often reduce those terms to these two formative experiences from my adolescence: my love for Marylyn and my discomfort in displacing—however unintentionally—those people waiting for their breakfasts.

I do not believe in separating people. I don’t think that Marylyn and I would have spent our lives together. Heck, I don’t even know if she liked me. But, with her permission, I do wish I had had the chance to kiss her. I wish I had had the chance to hold her hand and walk to Woolworths for a soda, to go to the movies on a Saturday morning and scream at the bad guys and monsters and cheer the good and the heroes.

And, I wish those hardworking folks had felt comfortable eating beside us. Maybe they would have talked with us and shared their knowledge of that glorious uninhabitable environment in which they lived. I think Harvey might have learned something about nature from them, maybe about how nature isn’t something to be studied but something to be lived.

So when people ask me my thoughts on “Black Lives Matter” and “White Privilege”, I want to tell them not that “All Lives Matter,” which they do, but that in the end it is only when we can let go of political slogans and delight in the kaleidoscope of humanity, only when we can all take part in life’s gifts from making of love to sharing a platter of the fluffiest pancakes that will ever be set before us that we will have even an inkling of the possibilities that are us.