Dark Shadows on the Silver Screen by Kenneth Weene 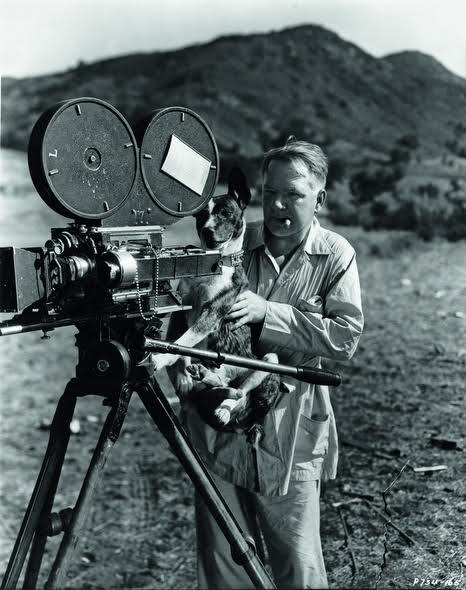 Just over a century after the release of D.W. Griffith’s film “The Birth of a Nation,” Nate Parker’s film of the same name came to the silver screen. While the Griffith film justified the Ku Klux Klan and portrayed white racism as the salvation of America, the Parker film traces the life of Nat Turner and the slave revolt which he led in pre-Civil War Virginia. From totally opposing perspectives, both films spoke to the fear and anger that has poisoned American race relations since before the Revolution.

It should certainly not surprise us that films speak to our national consciousness and help us define who we are and what we believe. If there is one art form that is quintessentially American, it is movies, and what greater purpose has art than to explore the human condition.

While the two “Birth of a Nation” films explore the darkest sides of American race relations, three other films released at the end of 2016 try to raise an entirely different set of issues.

“Fences,” based on the August Wilson stage play, presents a Black America that is separate and if not equal one that has its own unique culture. The protagonist Troy Maxson is a Black man who is painfully aware of the limitations that have been placed on his life because of his race. Fearful of what the world will do to them, he tries to protect his sons by forcing them to see the world through his own bitter eyes. Set in the 1950’s, “Fences” references both the fact that Black Americans were fenced in by segregation and prejudice and the career of Jackie Robinson, whose success as a baseball player gave hope for an avenue towards equality.

“Loving” is based not on a play or story but real lives. Richard and Mildred Loving were a working-class couple who loved one another. Because he was White and she Black, the state of Virginia forbad their marriage. Going out of state to marry, they returned to Virginia and found themselves jailed and only released if they promised to leave the state. Featured in a Life Magazine story which I remember reading, the Lovings eventually won not only the right to have their marriage recognized in the home state but also the legal end of miscegenation laws in America. Loving v. Virginia was decided by the Supreme Court Dec 12, 1967. The movie asks a simple but poignant question: are Blacks less human than Whites; are we not all more nearly human than otherwise?

During the years between 1958, when the Lovings married, and 1967 another story was also playing out in Virginia. NASA was established in 1958 with the goal of taking America into space. “Hidden Figures” focuses on three Black women who worked at NASA’s Virginia facilities. Dorothy Vaughan eventually became NASA’s first Black-American supervisor. Mary Jackson became an aeronautical engineer. And, mathematics whiz Katherine Johnson played a pivotal role in figuring out how to bring the astronauts home. These three women entered NASA when it was a segregated and misogynistic organization and managed to find the recognition they deserved. This multiple-biopic subconsciously takes us back to Jackie Robinson as it challenges us to judge people not on race but on competence. Should the best mathematician, engineer, or supervisor not get the job regardless of the color of their skin. The message is clear: we are all the same under our skins. Or, to use one of the most self-conscious lines of the script, “At NASA we all pee the same color.” Presumably, that is the color of rocket fuel.

Why this sudden spurt of films about the Black experience in the fifties and sixties? It would be easy to point out the diversity has become an issue in Hollywood and particularly when it comes to awards. That may be one part of the answer.

Another, and in my opinion a more important answer is represented by that centennial of the release of that abhorrent film “The Birth of a Nation.” The release of that film in 1915 began a portrayal of Black America that has often been offensive and assuredly requires redress. As distasteful as the representations of Blacks has overall been in film, that issue pales in comparison to the actuality of Black life. And, on the other side, as horrific as slavery, segregation, and bigotry have been, there has been real movement towards civil rights. Without doubt, the possibilities for Black Americans are far greater and better today than they were at the beginning of the fifties and sixties.

The question that these three films asks is what has made things better. During those years, powerful voices were raised, marches held, and riots occurred. Were those the catalyst for change, or did change come because White America came to see Blacks, like all of us, were more nearly human than otherwise? These new films would have us ignore the marchers, the rioters, and the conflicts. They would have us learn a new mythology of American race relations, one in which aspirations change the world and the system can be altered from within.

These three movies are trying to rewrite the history of race in America. They are trying to say, “Let us forget about racism and segregation. Let us forget about the struggle that brought Civil Rights. Let us instead recognize that the right prevails, that ‘the arc of the moral universe is long, but it bends towards justice,’ and that the basic American character is one of decency.”

Is this revision realistic? Can we rewrite American history and bury slavery, segregation, the Klan, and discrimination? The rage of both “Birth of a Nation” films is seared into the soul of America. It cannot be so easily papered over. Elimination of America’s racial divide will require not simply the creation of a new set of “happier” myths but real reconciliation.

The great Swiss psychoanalyst Carl Jung spoke of the shadow, that part of each person that they cannot accept in themselves. It is the part of the person that they keep hidden. Reconciliation cannot take place until those shadowy parts on all sides are exposed in the light of recognition. As much as I enjoyed the three films, “Fences,” “Loving,” and “Hidden Figures,” I see them not as sanguine harbingers of a just and equal society but as signs that once again America will try to bury that which is dark in our history. If the “American Dilemma” is to be resolved, it cannot be by the application of whitewash but only by the piercing sting of real discussion.