Joshua – How One Boy Changed my Thinking by Kenneth Weene 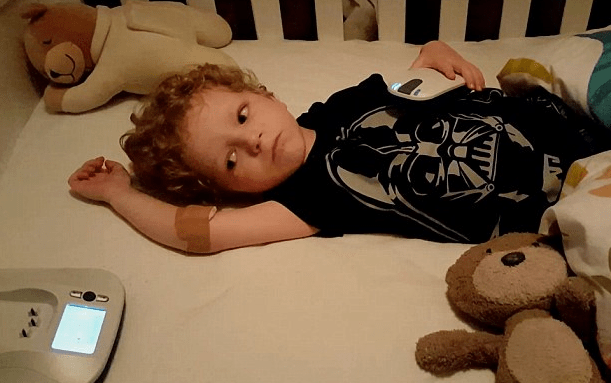 Summer of 1968, just before I went back to graduate school, I did fieldwork for the “Canadian Association of Retarded Citizens.” Our team was doing a cost-benefit analysis of services for children who had been diagnosed as “retarded—a diagnostic term that is no longer accepted, but which was then used.  One of the facilities at which we did observations was a unique hospital operated by the Province of New Brunswick. It was dedicated to serving developmentally handicapped children: a mixture of many diagnostic categories. Given our specific charter, we knew exactly which kids we would want to study, only those with a primary diagnosis of retardation, and arrived prepared to make our requirements clear to the staff.

What a lovely staff they were. Not only dedicated to the children in their care and close-knit as a group but also warm beyond belief. We were welcomed to their facility and given every assistance…except for their one request. “Certainly, you can observe just the retarded children,” we were told individually. “However, we do want you to appreciate the full range of what we do here. So, would you spend some time with—” And each of us was given the name of a youngster who didn’t meet our research parameters. The boy with whom I would be spending time was Joshua.

“He isn’t retarded,” I was assured by the physician who was in charge of the eleven-year-old’s care; “but at this point he is functioning at the level of an infant.”

I was shown to a room, where Joshua lay. The room smelled slightly of elimination, but not badly. His diapers were clean. His body had been bathed.

Slight and of average height, Joshua’s light brown hair had been carefully combede. His eyes were also brown, but they somehow lacked a sense of life—a dullness as if covered by cataracts. He didn’t move except for occasional episodes of seizures, during which I saw visions of a cold hell as his pupils— contracting and dilating randomly—darted aimlessly. Joshua could not eat unless carefully fed with especial precaution to help him swallow when necessary. Given the level of the boy’s function in contrast to the cleanliness and decoration of Joshua’s room, it was clear the staff expended a great deal of energy caring for him.

I sat next to Joshua’s bed, talking to him—as I had been instructed—as if he were a normal child. It was perhaps forty-five minutes, but it felt more like hours. Talking, pausing, no response, talking more. I rambled on about sports, weather, television, movies, and about my own life.

I knew each member of the team was similarly engaged, also dealing with an experience which seemed so futile and yet incredibly important. The staff members, who from time to time stopped in to see how I was doing and to say something to this inert child, made me aware of that importance.

Finally, the doctor came back to get me and to explain Joshua’s condition. The boy suffered from a genetic disorder which produced inevitable deterioration and death. “It’s genetic, like Tay-Sachs Disease,” he said; “except it’s much worse because the onset is later, which means the kids get to have some quality of life before… Then, they lose it all.”

His eyes misted over and it took a few moments for this dedicated professional to regain his composure. Then he shared some of Joshua’s life since he had come to this facility.

A loving parent fondly remembers the landmarks of their child’s development: first words, first steps, toilet training, first day of school, first sleep over, and on the list goes. This doctor had what might be called a reverse list. “When Joshua first came, he was a pretty normal kid. Most parents would have been pleased with him. But, his folks had already seen what was happening. They had been told the diagnosis. With great sadness, they were staring at the abyss of an hereditary horror.

“‘Our son used to be the star of his baseball team,’ his father told us. ‘Now he can’t even catch a ball,’” the doctor related.

“‘School’s worse,’ his mother insisted. She told us about an A-student slipping into minimal work and less comprehension.” He shook his head as he continued. “The worst thing, and they both agreed on this, was Joshua knew it was happening. They would find him crying. And, he would ask them what was wrong, what he had done wrong. God, it must have been awful.”

Taking out a folder, to which he never actually gave any notice, the doctor went on to talk about the first night Joshua had wet the bed and how he had sat in a corner on the floor and sobbed when the nurse came into his room. About when he soiled himself. When the boy stopped talking. Stopped swallowing.

“The hardest time for us on staff was when the parents stopped visiting. Joshua had been here about a year. At first, they visited every week. Then every two weeks. Then… Finally, they came one last time. They really didn’t want to see him. ‘He won’t recognize us,’ they said; they hoped. But the charge nurse insisted. She practically dragged them. They were wrong. He did. The three of them sitting in the dayroom crying.” The doctor wiped his own eyes with the sleeve of his white coat. “And the rest of us crying, too.

“They told him they’d be back soon, but we all knew they were lying. When we got back to my office, they said they couldn’t—not anymore. That was almost a year ago. Who knows if he’d remember them now? Who knows what he remembers? Or knows?!”

Suddenly, the doctor slammed his hand down on the desk. Pencils, papers, photographs: everything jumped. “It’s so damned unfair,” he yelled. “He was a good kid. He didn’t deserve this. Nobody should have to suffer this way.”

Our research team stayed at the facility for almost a week before moving on to our next destination, Prince Edward Island.

Nobody told me I had to do so, but I found time to go back to Joshua’s room, to sit with the boy who was there but no longer present. Talking, pausing, no response, talking some more. Each visit I shared more about myself, what I hoped for in my life, what I feared.

I have no idea how long Joshua lingered in a state of limbo. I hope it wasn’t too much longer.

For years, I spoke to no one about Joshua. I couldn’t imagine what I would say.

When a few years later Roe v. Wade brought the subject of abortion into great public debate, I realized my views had changed. While I had been in favor of a woman’s right to choose, something was now different. It wasn’t the autistic or intellectually disabled children I saw that summer who changed my life. It was Joshua. Maybe somebody could make a case that his existence brought out something better in others. Certainly, he touched me.

But, how could anyone justify what Joshua went through? Although it was never a question for us, I knew then that were my wife and I to be pregnant, I would want to know what lay ahead for our potential child. I would demand genetic screening to discover hereditary disorders. If our fetus faced a fate like Joshua’s, I would want to terminate the pregnancy. I do not believe children should suffer so, that they should suffer such a sense of personal loss of self. I do not believe they should have to question what they have done wrong to deserve such a hell nor have to deal with parents walking away—albeit not in anger or desire but being unable themselves to deal with the pain.

In the memory of Joshua’s dead eyes, I see a reality that demands my acceptance, a realization that children have a right to death. Sometimes we forget how important it is that we, each and every one of us but especially the helpless and weak, have the option of the pain’s end, the option of avoiding the intolerable.

I cannot say abortion is a good thing. I know of no one who says it is. I cannot say a life is unimportant. I can, however, say, that suffering is a bad thing. I can say dooming a child to such pain as Joshua suffered is evil. I can say that offering abortion as an alternative in such cases is important.

Yet, who is to decide what suffering is too much? Who is to decide which child should face which slings and arrows and which should be spared a life that looms so painfully ahead? Perhaps, since death is inevitable for us all, none of us should see the moment of birth. As Otto Rank suggested, we are all only trying to return to the womb anyway.

Certainly, there is a slippery slope before us. While we typically start with an assumption that a mother has her child’s best interests at heart, those who would proscribe abortion make no such assumption. They think they have a much greater concern for children. While this seldom includes caring about the child after birth, a case could be made for their position, especially if one believes that a child has a soul and somehow every soul must see the light of day if only for a moment.

I make no such assumptions, not about who has the best interest at heart or about the existence of a soul. I start only with Joshua and knowing that while pain and death are the natural ends of human existence, they are not the natural end of childhood. Who among us would say Joshua’s suffering is acceptable?

The only reasonable position I can find for myself is that abortion should be considered a rational alternative to a life of pain and suffering. What constitutes sufficient pain and suffering to terminate a pregnancy? I would only ask that the mother seeking to end a pregnancy have thought through her decision having been provided all the relevant information and choices.

I never met Joshua’s parents. I cannot speak for his mother. What would she have decided if she had known he would—after a few years of being her delight—reach such a horrible end? Would she have spared him?