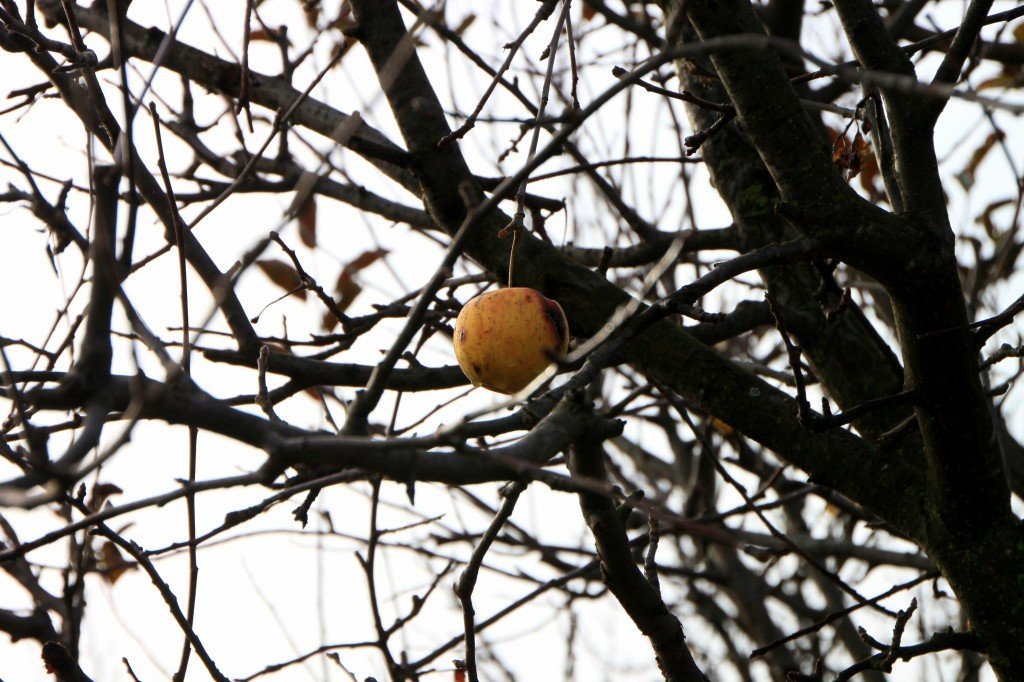 It was August, just before we heard that the last elephants had died. Suze got it into her head we should ride out to the old Viles farm and pick apples, fresh tree grown apples, for some pies.

No Viles has lived on the place for nearly a hundred years, but it’s still named for them, at least by popular consent. The Yadda-Yadda-Yadda name that designates it an historic site, the one you’d find if you were a tourist doing a VIZ-trip, nobody bothers with that dumb name here.

The Purdys were the last to actually farm there. They quit when there was no place left where could they sell apples, corn, tomatoes, or string beans. The markets were gone; government food – tasteless and chemical though it is – is delivered free so no need for stores or even roadside stands, especially with cars banned and busses rare.

So the Purdys quit the place their grandfather had bought from the Viles nearly a century ago, the place everyone still called the old Viles farm. And some bright member of the council, figuring that school kids should have a place to go for field trips, pushed though her idea of an historic site.

Now it’s gone to weed and seed; the farm just sets and waits for nature to take its course. Most people don’t even know it exists, but Suze is real fond of it. She’d gone there as a kid, when they still had some state workers to sow and pick and all that stuff, and she’d eaten some of that fresh-out-of-the-garden food. None of us ever have so we weren’t sure she wasn’t just making it up. But you know Suze, when she gets an idea going, there’s no way you’re going to argue her out of it.

We were going to ride our ped-karts out to the old Viles place and pick some apples. It figures to be seven miles or thereabouts each way, nothing too strenuous except for the air. The dust had really picked up and the official word was you shouldn’t be out without the proper breathing gear. Of course we had none. That stuff’s restricted to those who have priority, which isn’t a bunch of lows like us living off the slop-drop and hanging out. We’re lucky they’ve let us keep out karts and play the VIZ.

Henry said we were dumb to go out without that breathing gear, but Suze just kept arguing and said we had these masks, the ones for flu. We had some of those left, and she figured if we put them on it would be enough. So we all gave in. I mean, who was going to argue Suze around? Certainly not me. She may be crazy, but I love her more than I can make sense. And I guess the others feel the same because they all went along, too.

Got our karts out of the shed, put on those stupid masks, and started down Skylark.

We didn’t get to the Viles place, didn’t get close. The day was brown; at least it looked brown with the wind blowing and all that dirt flying. Pretty soon we were covered black, and those masks were so covered we had to stop every block just to shake them out – not that it made much of a difference.

We followed Skylark to Prince and headed west, which should have got us to the old highway, the one that goes to Shelburgh, but we were too tuckered to go on and sat on the wall of the old library choking and coughing and damning Suze and ourselves for being fools.

That’s when the police came by, called for a backup van and took us home – all except Suze, who was still going on about apple pies and how everyone should have one, how it’s part of our way of life. They took her off to the hospital, and we haven’t heard a word of her. I tried to call, but the hospital claims she was never there. Strange.

Anyway, a few days later we heard on the VIZ that the last elephants had died, somewhere far from here. Now I’ve never seen an elephant – not live, or ate an apple pie. There are lots of things if you look on the VIZ that you don’t see any more. It’s just that Suze wasn’t one of them so why did they have to make her disappear?