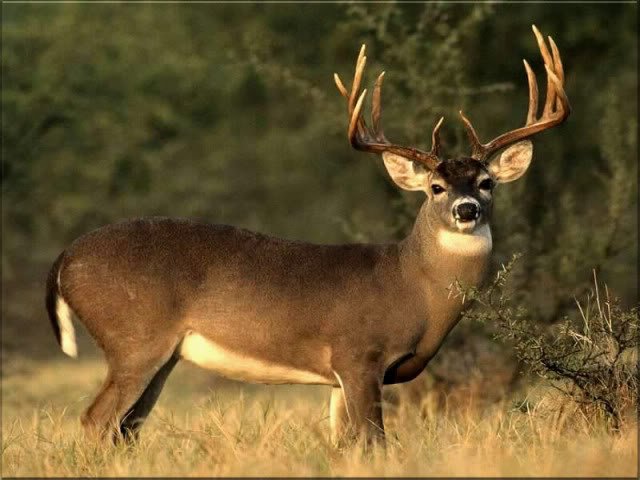 The youngster takes his stand. He leans back against the double birch. The bushes he has pushed aside close back around him. Even though it is still night, he can feel the sun rising ahead.

​“Too cold,” he had thought when his father had pressed his shoulder and hoarsely summoned him into wakefulness. Now he feels the wind biting his face and knows that it is colder than “too.”  The sun can not come soon enough. The sense of ice is cutting his freezing fourteen-year frame. He blows on his fingertips. They poke out through the cut-off woolen gloves.

​He holds his rifle lightly:  Remington twenty-two, single shot, bolt action, v sight. Inadequate for the job; but it had been his father’s, given him by his father, now passed – father to son – in expectation and tradition.

​It is a Tuesday. The boy knows he should be in school. It is not the first day of season—perhaps that would be an excuse, at least a rationale. No, it is a family thing, the anniversary of his father’s first buck. Just as he had received his rifle—the rifle—on the anniversary of his father’s birth. On his father’s tenth birthday, the boy’s grandfather had given his eldest son his first rifle, this rifle, the one the youngster now holds. The one that his father had finally, sternly, perhaps reluctantly passed to him.

​They have spent many hours: The old man watching and grumbling in his judgmental way. The boy pinging cans and cleaning and oiling—caring for the weapon as if it were a loved woman. They have searched this stand, this spot in which the teen waits for his first deer, his first kill.

​He shivers in anticipation.

​It occurs to him that the rifle is unloaded. He fishes a shell from his breast pocket, pulls back the bolt, chambers the bullet, closes the bolt, and carefully releases the safety. He is now lethal.

​Standing, shivering, watching, waiting: The hunt is a lonely vigil. Even as the first rays break the cloudy sky, even as the first shadows of tree and bush can be seen, even as swallows start to do their darting hunt: the boy feels his aloneness and his discomfort.

​Hunger comes – short twisty pangs. He wishes that he had eaten more, perhaps another biscuit, perhaps … He feels in his pocket. The jerky is there. “Perhaps a bite,” he thinks. “No, I’d best wait. It’ll be a long time.”

​He leans against the birch and holds his rifle. Longer he waits.

​He waits longer. The sun is now about its arc. The shadows have shortened. “Six or so,” he thinks. “Damn, I’m hungry.” He takes a piece of jerky from his pocket all the while telling himself that he should wait, that patience is the hunter’s friend. He bites into the spicy sinewyness, pulling away a chaw. The rest is returned.

​The boy chews and waits. He waits and he watches.

The animal moves quietly into the clearing. A beautiful buck. A head worth mounting. A body of many meals. “Venison for the winter,” he tells himself. “I have to.” Now there is a new sweat. He doesn’t want. “God damn, I have to.”

​The deer is now fully there. No shadows, no questions. The buck turns towards the young man—full face, head up, ears moving in search of something the magnificent animal cannot know.

​The boy doesn’t want to kill. But, there have been too many hours of practice under the watchful eyes—too many carefully squeezed moments. He closes his left eye—not too tightly. Carefully he sights, making a lollipop of the handsome sternum. “Just a little to the left,” he tells himself. “A clear heart shot.”

​In slow motion he hears the bark of the rifle, feels its ever so gentle kick, watches the animal look in surprise and then fear. The knees buckle. The buck tries to run. A step, a misstep. The knees buckle again. He goes down.

The teen watches. Tears come to his eyes. “Damn, it’s cold,” he tries to tell himself. He knows that is a lie.

​The boy opens the bolt. The shell casing jumps out. Still watching his prey, he stoops to pick up the small piece of brass. He puts it in his pocket. Momentarily, he considers another shot, an end to suffering. Instead he moves towards the dying beast. “If I have to,” he tells himself.

​Moving forward, he touches his hunting knife. He has helped dress deer. He hates the iron smell of blood and its warm-stickiness on his hands.

​He is closer to the deer. He studies it, watches for movement, a sign of life. Nothing. He reaches forward with the rifle’s barrel and nudges at the animal’s neck. Nothing.

​“Is it safe?” he asks himself. Even in the throes of death the animal can do him harm. He nudges again. No response.

​He waits until he can wait no longer. Carefully leaning his rifle against a rock, he unsheathes his knife. It is time for the butchery.

​The tears are flowing more freely. The boy blows his nose into his arm. The scratch of the parka’s fabric. He looks towards the sun.

​“Eight maybe half-past,” he tells himself.

​“Damn.” He spits the word to the ground.