Uncle in Vermont by Kenneth Weene 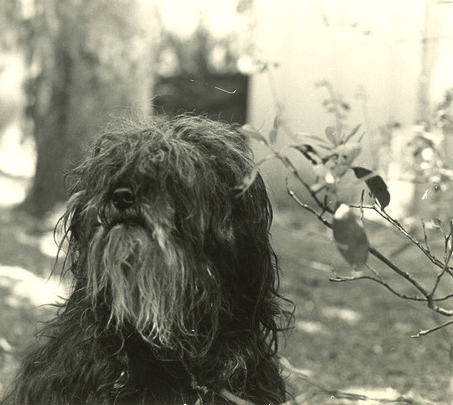 She loved traveling, delighting in hotels and particularly enjoying room service breakfasts: scrambled eggs not too firm or a cheddar omelet, a side of bacon, toast buttered and strawberry jam, hash browns with ketchup, and coffee—light and sweet. Uncle, our twelve-pound terrier-poodle mix, had little use for me, but she did appreciate my serving her hotel breakfast. Another thing about Uncle and hotels stays: that was the only time she would tolerate a leash. Yes, she did understand the rules that people imposed even if she knew they were stupid and surely didn’t apply to a dog who knew exactly where to go and what to do without being told.

For all her love of travel and of hotels, Uncle (Her paradoxical name my wife and the dog’s choice. I was told the alternative had been Steve.) had one vacation spot she particularly loved. That was the Kedron Valley Inn in South Woodstock, Vermont.

We started going to the Kedron Valley because of their animal policies. Not only did they welcome dogs, but they had a lovely stable from which we could take great rides into the rich Vermont countryside. Uncle loved it not only because of the great breakfasts and the absence of leash rules, but more importantly because it allowed her to enjoy some of her favorite pastimes.

First and foremost was drinking. Yes, I mean booze, or to be more exact – Harvey’s Bristol Cream Sherry. For all her regal ways—and Uncle was sure she was a descendant of royalty—Uncle was an alcoholic. She liked nothing more than padding into the lounge, sitting in front of the fire, and being served her favorite libation. By the way, while she would if necessary drink her sherry from a lesser vessel, Uncle did prefer stemware, which she never knocked over.

Once the innkeeper understood Uncle’s wants, he was happy to fill them—even when my wife and I were not in the room. When we would go for one of those lovely rides, Uncle, who never walked more than a few hundred yards before settling to the ground and waiting for one of us to provide carriage service, would slip out of our room and down to that comfortable lounge. Eventually and with some difficulty, I convinced Paul, the inn’s owner, that Uncle did not have her own money and that I would only pay for two drinks a day.

Reluctantly he agreed. After all, she was a regular.

For Uncle the Kedron was more than drinking. There she could indulge in other favorite activities. One involved the two-acre swimming pond. Uncle did not swim. Slogging under the weight of her waterlogged coat was an effort well beneath her standards. However, she did love to watch our Airedale swim. Jennifer would swim for hours if allowed, and Uncle—big sister that she was—would bark herself hoarse providing encouragement—or was it criticism.

Uncle did not take kindly to other dogs, and there were many at the Kedron. On each visit, she quickly established dominance over them, usually by tricking them into running into stationary objects like automobiles and doors. It was clear that Uncle remembered which trick each dog would fall for, but it was equally apparent that none of the housedogs remembered her. There are dogs and then there was Uncle.

Uncle loved Vermont in all five seasons: spring, summer, autumn, winter, and mud. It was one of her great delights to watch us, her humans, try to cope with the various conditions and activities the seasons offered. What a joyful day it was for her when we tried cross-country skiing. It was one of the few times Uncle actually took physical part in one of out activities—carefully coming over to sniff us each time we ignominiously landed on the ground. Oh, what a wicked grin she had that day.

Once we were comfortably ensconced at the Inn, Uncle was always ready for a drive though the countryside. There she could indulge her only passion that came close to her love of drink. Uncle was a bovine fanatic. Let us drive by a pasture with cows, and she would leap about the back seat and sometimes onto my wife’s lap all the while screeching her excitement.

In fact, Uncle was so enamored with cows, that when our son bought a pair of leather pants, it took two of us to remove her from his leg, which she maniacally clutched and humped.

In case one wonders, horses, sheep, pigs, chickens—nothing but cows elicited that excitement.

I know there are many wonderful things in Vermont, gorgeous countryside, lovely villages, handsome covered bridges, impressive mountains. Of course, we tried downhill skiing and snowmobiling, bought maple syrup from local trees, and admired the colors of fall. We did all those things and more, but none bring a smile to my face or a laugh to my heart that comes close to the joy of those memories of Uncle at the Kedron Valley Inn.